Hikers near the cradle of Mount Ararat, Turkey have found what appears to be a massive prehistoric pontoon style desalination plant. The incredible discovery happened while evangelical researchers were trying to locate Noah’s Ark, which was spotted by another group of evangelical Christian explorers in 2010. 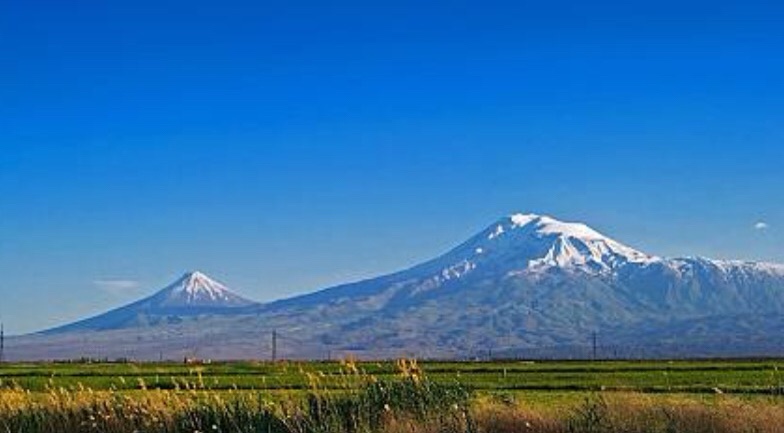 With modest estimates, the ark would have contained a range of 8000 to 14,000 animals requiring approximately 20,000 to 35,000 gallons of water per day during the over year-long drift at sea. (378days) Evangelical scientists have been working out the details for centuries; just how did Noah provide enough water to all those animals? The find answers a boatload of questions, that until today just seemed like a fairy tale.

While the eight survivors would have had their hands full, each feeding a thousand or more animals per day, calculations estimate each person would have had to feed 70 to 120 animals per hour round the clock, 7 days a week for a year. Feed them what? Just the two elephants alone would require approximately 150,000 pounds of food for the journey. Two lions would consume 40,000 pounds of meat for the trip, as well as the tigers and bears. Polar bears could be sent out on reconnaissance to hunt seals and other aquatic life, so that is no problem. But food for the other 7,996 pairs might have proved problematic. Even if every animal only averaged eating one pound per day, that would be over 3,000,000 pounds of food for animals. Not including the eight survivors.

Mathematicians have calculated about 14 years for the sloth to arrive at the ark from Central America. Kangaroos, while excellent swimmers, must have built their own boat to make the trip from Oz, or to Oz after the landing on Ararat.

Evangelical scientists are confident the discoveries will come. Real scientists have been criticized for demanding photos and physical evidence, but none to date are forthcoming. 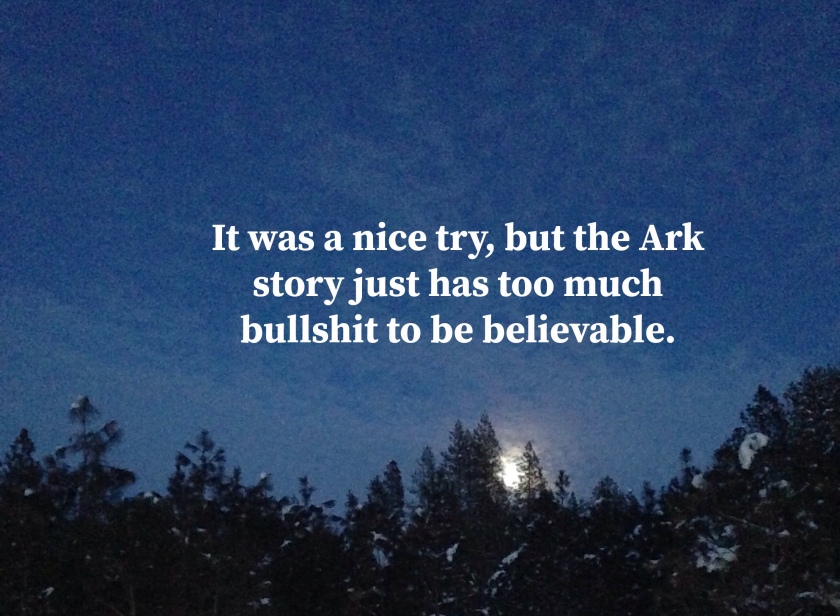