How religion has outlived its evolutionary usefulness.

Which religion will best serve the evolution of our species? At this point in time I would say atheism (no religion). According to anthropologists, religion served a useful purpose increasing genetic copies through cooperation, gathering, multiplying, creating security to advance the almighty gene. Moving civilization from small groups, to large, insulated groups with multiple failsafes. Religion, through its ruthless hard-copy mandate, also regulated those numbers to maintain ecological balances by widespread culling and killing haplotypes it deemed inferior, only leaving behind those most cooperative, submissive traits to build its kingdom. It is a over-superb success story now on the verge of backfire. 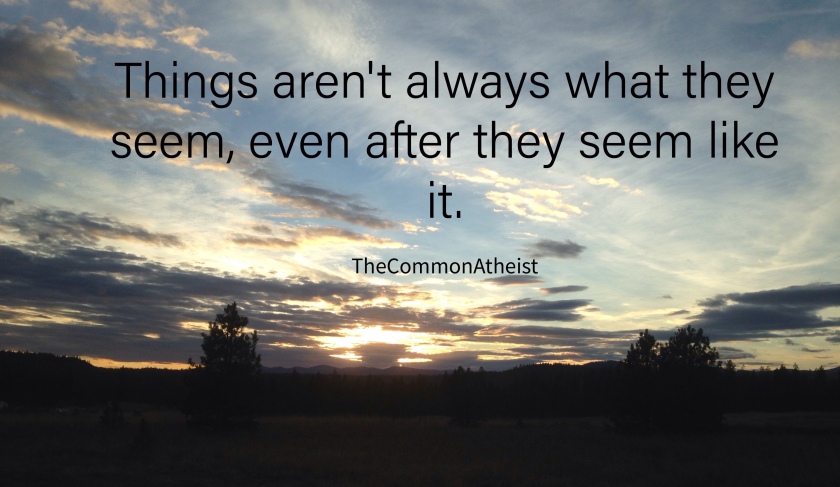 How do we turn it off? The watchful eye-in-the-sky has proven vastly a effective ploy. The gene has put in the mind of the man a gullible and behaviorally superstitious trait that is easily duplicated study after study. It is so effective that it makes many question their very sanity to ignore it. Those not blessed with the gene have also benefitted from its ability to create copies, surrounding the unbeliever with billions of replicas that, against all common sense now continue to replicate.

Shut. It. Down! Slow it down! The Darwin Award may just very well go to…all of us, if we can’t figure out a way to stop the continued onslaught. Remember the Sorcerers Apprentice—Mickey cuts the broom into a million pieces? Slowly the replicas came to life and grabbed water buckets and flooded the house. The pool is now full. Religion had its day. Shut it down. The one thing religions have in common?—too many copies. Enough is enough!

HERE is an interesting read.

106 thoughts on “Religious Competition and Evolution”