Regardless of your emotional strain of belief

Washington(CNN) President-elect Joe Biden said Tuesday that communication from the Trump administration to help with his transition has been “sincere” since the General Services Administration ascertained his election win on Monday.

“Immediately, we’ve gotten outreach from the national security shop to just across the board,” Biden told NBC News’ Lester Holt in his first interview as President-elect.”And they’re already working out my ability to get presidential daily briefs”

May we please reject the hyperbolic political rhetoric and see this, time and time again, what makes the idea of America a fantastic process. not the beliefs that encumber it.

How one mans ideas can affect an entire nations morale 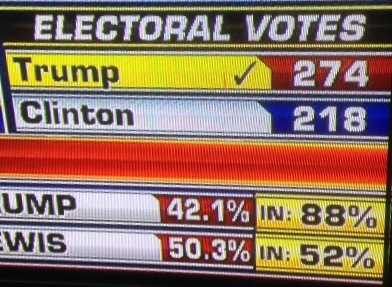 As bienniums go, it’s been a beguiling couple of years since forty five was inaugurated. During the November election at that time I was building my house and staying with some Seventh day Adventist friends that were glued to Fox News. Initially they were very nervous—was god going to pull through after all the nail biting and prayer? Then came the eruption into a scene similar to the picture below—their prayers had been answered. I took a quick pic of the tv screen and went to bed, wondering what the hell just happened—They did it. Really unbelievable that is the best our country could do. But, had he not been elected, that too, would be gods will, so why the worry? Why pray? Is god going to alter physics and tweak his envisaged, all-knowing master plan?

Many of you know I am basically A-political. I don’t care to get worked up anymore over things I can do nothing about—life’s better without the frustration and what was I going to do, anyway? 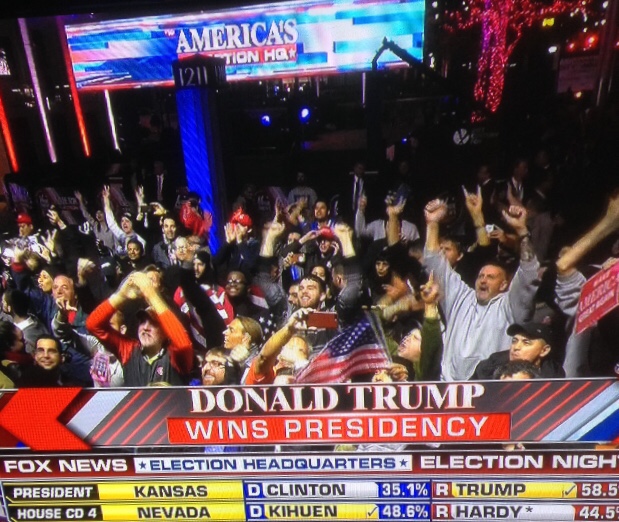 Nothing has really changed. Another government shutdown (so what) with both sides virulently despising each other. And truthfully, if either party had carte blanche power what then?Be the opposition...we do need that!

America will survive this as it has every other presidency. The peaceful exchange of power will take place and amaze the world—happens every time. Hopefully in 2020 we can find someone to make all Americans proud.

Watching this I thought of how Dorian Gray’s wicked deeds were etched into the facial features of his portrait, so the cultural stereotypes linked to a name come to be written on the faces of their bearers. What’s in store for the future bearers of the name Donald?

Curious how these pictures made you feel or what went through your heads that day.