Consensus between religion and science is happening, but it’s a one way street.

One of the interesting developments of religion is the attachment to scientific theory and advancement to suit their purposes. Evolution being the largest swing in recent memory, but also shoehorning bits and bobs of the Big Bang—calling out “god did it” and the insistence there had to be a first-cause to set it all in motion. It didn’t, and most likely there never was nothing.

Simple reason can point that out better than a god, and if anyone can display the ultimate in proving a negative—prove there was ever nothing… we obviously have these materials in front of us—more than you could ever say about a god. There’s no magicians trick here. The universe is a brute fact. Myth, however, is the true basis of religion, now making scientific claims using secular reasoning. 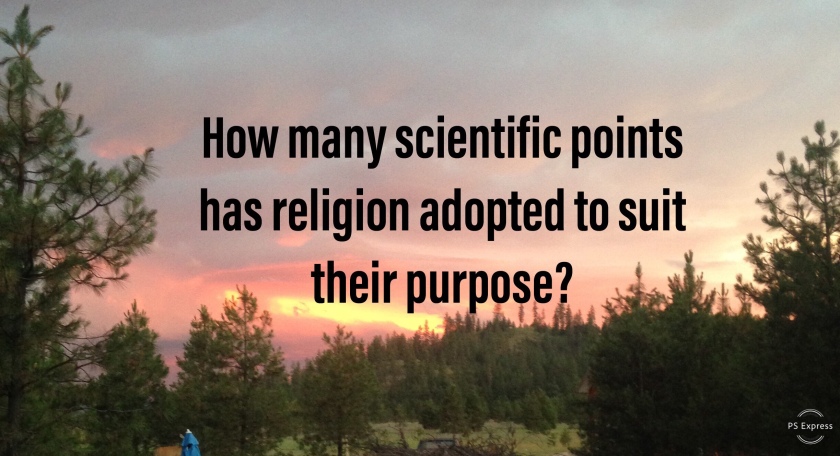 Even if per chance the world is a 3D simulation, there also then has to be a supreme all righteous omnipotent god at the helm, right? Pure bias is religion staking claims on what they had denied forever. When the curtain is pulled back we would most likely see a fossilized crazy scientist dead in his chair after working himself to the bone trying to fix his experiment that got away. Whatever discoveries man seems to find, religion has god in all his power drip-feeding advances to share his love.

The idea that a god has to be supremely infallible of perfect righteousness is a pipe dream of runaway human imagination. And imagine, is what we do quite well. Simply reading the scriptures shows us through unbelief—their construct of god is a prick—unless you imagine otherwise. 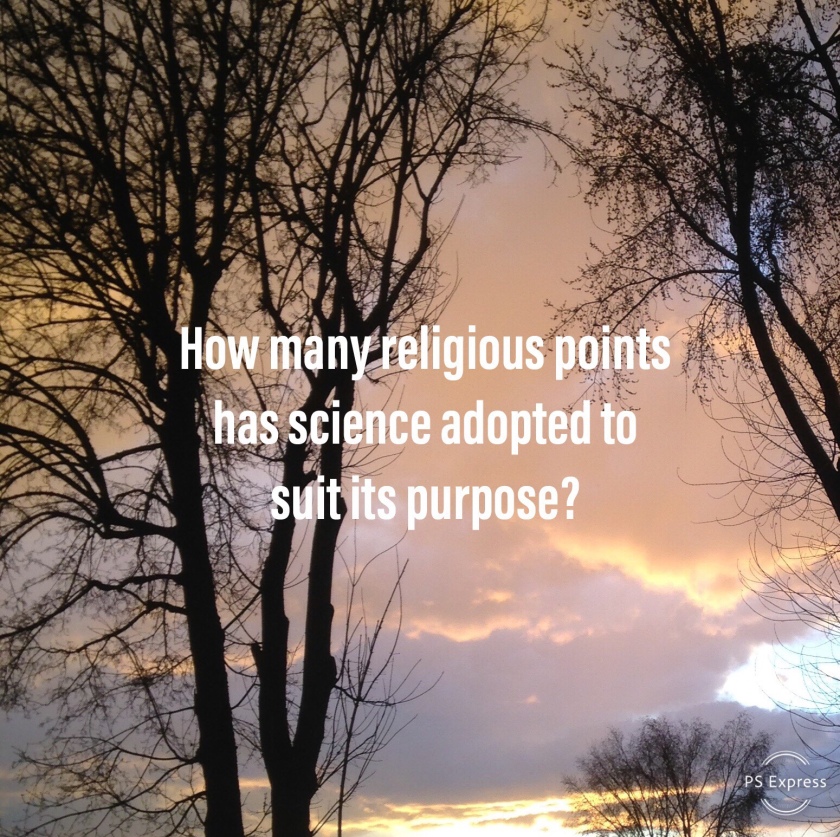 Which brings us to consensus. How many religious points do the atheist agree? None. How many points of science do the religious adopt hijack? Nearly all of them. Its not that hard when you have an actual model that produces results. Creationism Origins is the last puzzle to solve. What then will the believers do with their god? Another claim as part of the masters plan?

Religions last chance to prove something is by waiting…

If you do not consider god first in all things, there is no room for god in any thing. If one chooses to give faith the benefit of the doubt, there is no room for reason. Whittled away from what once was, faith has suffered a methodical deconstruct of magnanimous proportions. Philosophies expand, explanations more grand, but supernatural positioning is dwindling to irrelevance. All one has to do is consider—

There are very few second chances in religion—None! If facts and scientific reason are considered and tested firstly, no superstition will ever supplant it. Psychology, Anthropology, Philology, Archeology, Astronomy, Biology, and Neurology, have quite nicely explained and proven—contradicting gods word at in-depth, unprecedented levels as never before. Even neurological experiments can re-create the spiritual experience—without the supernatural.

There is but one animal left to prove. Science has conquered belief every step of the way. Creation will be no different. While religion makes its scientific claim without explanation, it too will fall as the final hope for god. Not with why, but with how. I have faith we’ll get there, but many are hoping we won’t. Maybe they should pray about that too…The cosmological first-cause will be their last call.

What will they do when soon, enough is known to discredit this one last gasp of man’s greatest contrivance? Weeping and wailing tantrums against reality? We are on our own—let’s start acting like it. Physics, anyone?