What difference does it make what your religious beliefs are? The Christian idea from “in the beginning” that has influenced half the world and its relationship to it, is we are an artifact; figurines made from clay by a maker.

We’re not naturally occurring people but artificial, synthetic composition, and this belief is having dire consequences—spending our lives trying to manipulate this temporary, foreign world to our comfort to help pass the time of this probation, when in reality we are grown from the earth itself and should be more attuned to it. We are an equal part of the whole—though we have lost much touch with it through the beatings and burnings. We are not bought and paid for guests with an owing—the galaxy, the earth, is home. We go nowhere.

Teaching children they were made by god and merely visitors here on probation (and naughty children that ought to be punished merely for being alive) although with enough training and punishment we can become tolerably human, is horrible parenting that lasts into our old age. We have actually grown naturally from the earth and it’s time to start acting like it…again.

Heaven really could be here on earth, but western culture influenced by religion believes we are estranged people here on probation, essentially now waiting for a very late bus to come with nothing to do. Are we merely visiting passers-by on trial to be observed, while father takes notes on our sexual purity but gives a pass on earthly abuse for money.

This initial premise from the garden of eden—a poor explanation as fact (an ignorant guess?) is not only unscientific, it is a psychological and social train wreck. Believing something as fundamentally wrong as this, is evidenced in its outcomes. 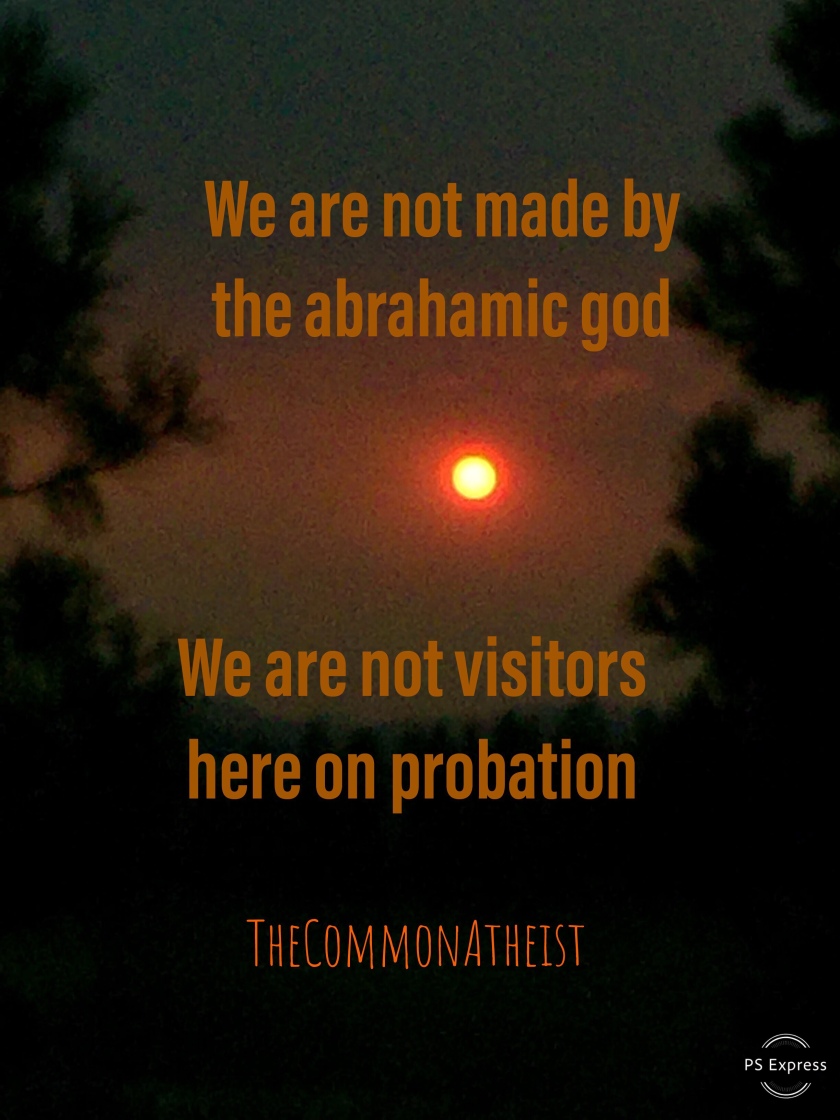 Daytime sun through the heavy smoke.