As natural as atheism. The clarity of unbelief

Atheism is not a belief, but its side-effects are an art form of independent thought, skillfully navigating through life with immunity from all religious dogmas. The art of atheism rejects religion based on its outcomes and insufficient evidence. It rejects the Jehovah Affect© and the self important aggrandizement of its zealotic “explainers”. It is simply self empowerment over our own mental and physical intuitions and abandoning the tried and failed—which was not bought in wisdom, but in opportunistic haste.

We have been stationary cycling with these ideologies long enough. And while world is ready to embrace inevitable change rather than more of the same “ancient wisdom”, monotheism digs in its heels to maintain parental control.

I am not Atheism, but Atheist. I chart my own path with purposeful impunity. Atheism is simply a million ways of clarity from the delusions of religious beliefs in gods—

How long shall we accept faith and it’s limitations by obedience to archaic laws from a violent time? Transcending belief mode is our greatest hope.

A true religion would be a rite of passage, not a permanent need. 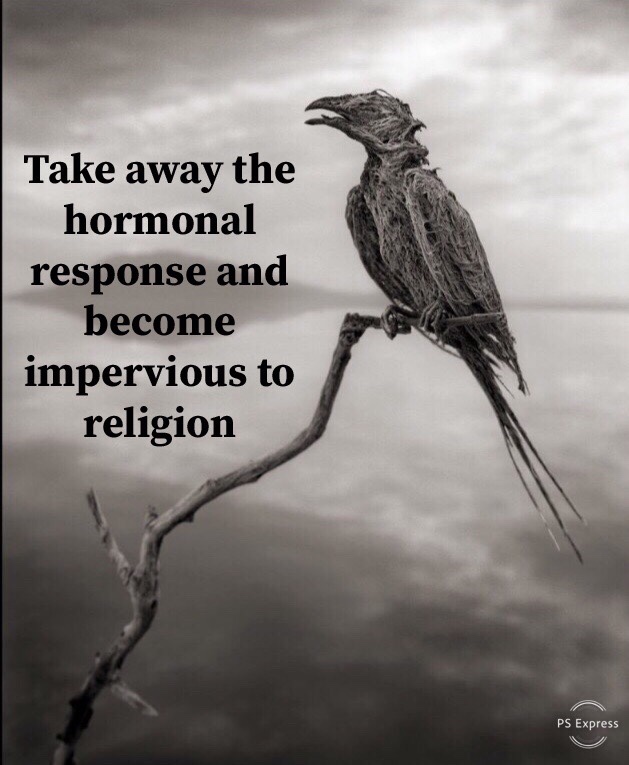 Atheism rejects what belief has done to human anatomy, physiology, cognition, and the regressive nature of living in the past. No longer by faith am I a dis-intuitive, calcified victim of self deprecation told what “we” believe, and I refuse to accept the physiological changes that occurred through compliance to this belief, as permanent.

As we rekindle these lost arts connecting intuitions with existence, it has to be without any help from them. How long shall we chase this dead-end without a single solitary fact? Just believe…believe the hardwiring of faith and repetition can be severed.