That god can inflict death and evil at will and still be “good” is evidence that mans morality did not transude from god, but in spite of him (if there was one)

If god is righteous simply because he says so, there is no difference between god and evil in which he would also be the author of his own immunity. He demonstrates this in scripture that his motives are just—inexcusable in the eyes of normal men, but often justified by obedience.

Even a mere atheist can recognize this brand of totalitarian evil, which is god in his own unique perfectness, being one in the same, inseparable from his evil. Gods laws are not our laws (thankful for that) At least we’re making an effort to be civil. What is it we’re being accused of anyway to be so… fallen? Seeking knowledge? Refusing to do his bidding? Nope

Killing for god is historically acceptable by his command, but really the antithesis of Christian morality is the vile act of unbelief in Jesus as savior of the world—John 16:9 If there is a god, his morality is not transferred to the hearts of men—yet we see historically that through belief in him, we too often justify being like him.

“As surely as I live,’ says the LORD, ‘every knee will bend to me, and every tongue will declare allegiance to God.—Romans 11:13

What type of creature would demand that as a final consummation? 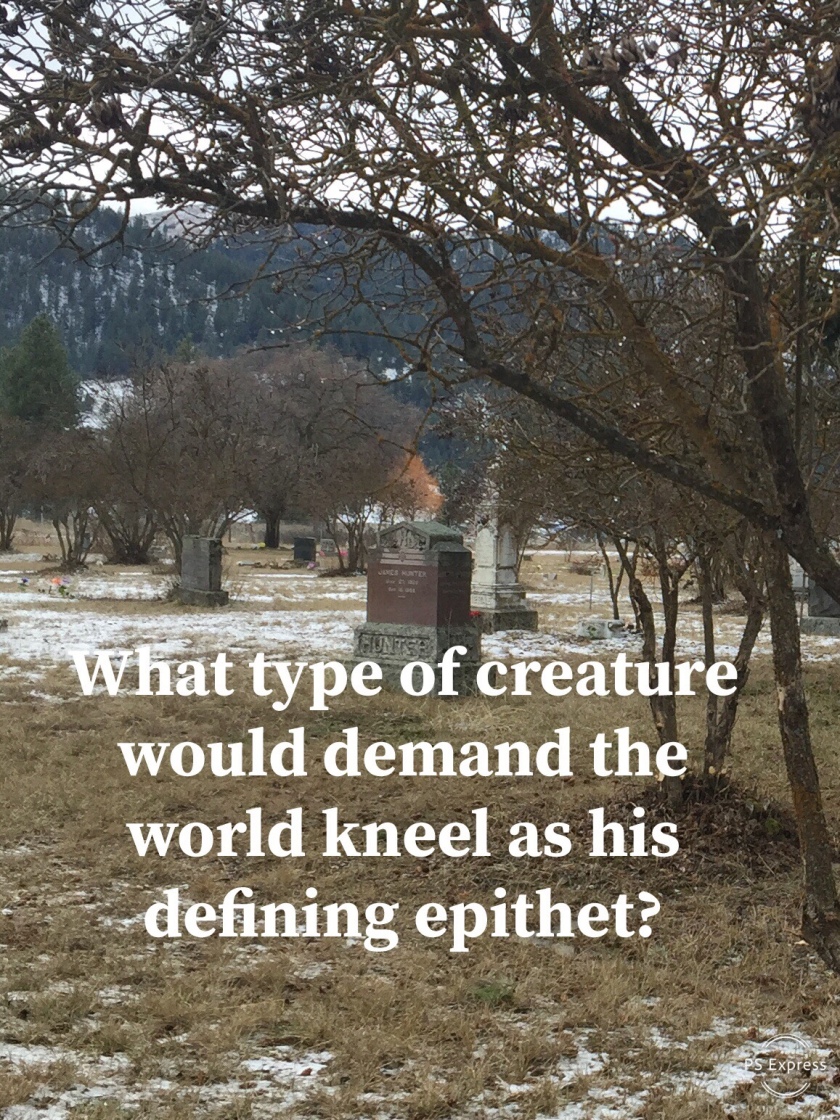 “Thus saith the Lord—the change from the old law to the new law is hereby a superficial duplicity. I will come forth in the last days in the usual tyranny“—