“And they shall take of the blood, and strike it on the two side posts and on the upper door post of the houses…and when I see the blood, I will pass over you, and the plague shall not be upon you to destroy you”—Numbers 9:7,13

It will certainly keep infected people from entering your home, as well as friends, family, salesmen missionaries, or anybody else for that matter. All miracles come with an explanation, but likely this one never happened in Egypt, so careful which biblical verse you trust since all of it leads to faith—and there is little to cure that.

“Human sacrifice, if you haven’t noticed, is right out in the open all over the Old Testament. It is commanded and approved. Many today will falsely tell you that it bans human sacrifice, but that is not in the text”—K

This is however, a satanic style blood cult who sacrificed human beings with the approval of their most heralded prophet, Moses.

“Save the right shoulder of your peace offering for a heave offering. This is performed by holding the right shoulder above your head while moving it rapidly up and down. When you’re finished with that, the priest will burn the fat and eat the rest”

This was done to dismembered human women virgins that had not yet known a man.

“And levy a tribute unto the Lord … one soul of five hundred, both of the persons, and of the beeves, and of the asses, and of the sheep: Take it of their half, and give it unto Eleazar the priest, for an heave offering of the Lord. … And Moses and Eleazar the priest did as the Lord commanded Moses. And the booty … was … thirty and two thousand persons in all, of women that had not known man by lying with him … of which the LORD’s tribute was thirty and two persons”—Numbers: 31

Christians have been deceived into believing they were ever the good guys. Its roots are purely sinister.

But wait, there’s more! Much more…

How faith in god is tested today—the greatest test of all time.

What exactly today is the greatest test of faith? Strong faith, promoted as a self sustaining virtue of religious belief, is the cornerstone, the footing, the walls and the capstone of religion. None stand to keep the whole intact without faith. We’ve discussed how mental trickery and indoctrination is used for faith gained, but how is it tested?

There are stories of Abraham, Moses, Jesus on the high mountain, as well as the apostles that had tests of their faith. But in what way is faith tested today? What is it measured against? What is it today that is the ultimate test of devotion? —your resistance against knowledge.

Abraham had it easy. He was tested to see if he would kill his only son in a time of brutality. A violent social normalcy that was already laden with superstition. He heard voices, and followed the (accepted by the day) promptings, and at the last second had woken from his trancelike state and withheld his hand. So what? In a time where little was understood about disease, gods accounted for everything from rain to floods, lightening to drought, God was interwoven into the psyche and dreams of everyone for every thing. His command to kill his son was difficult, but acceptable to him as a means to appease a god.

Other stories of zealousy are quite easily attributed to the times and the passion of religious fervor and power. Knowledge was shunned, separated, imprisoned, suppressed, and heretical so faith could thrive, only on an uneven field in a vacuum. Very uneven!

Today the faithful are tested at every turn with facts—overwhelming explanations that replace god, so warnings resonate from the pulpits and broadcasts, poisoning the well ahead of academics, indoctrinating young and old with continuous barrages of false oppression—all to guard them against embracing knowledge—for in the face of evidence, chronic denial and mediocre scholarship is the key to maintaining faith. 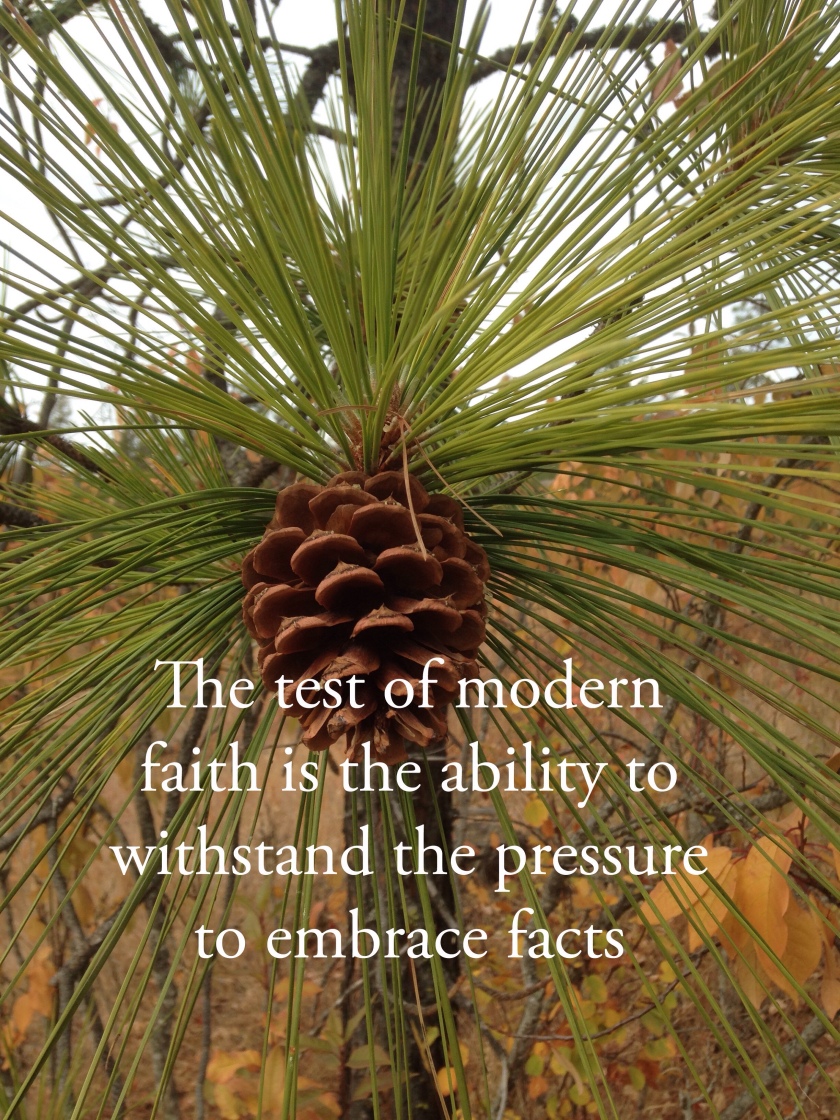 Imagine yourself gathered around the water cooler after Sunday school class where for several hundred years we would debate and conjecture about Moses and his horns. How long were they? Why would god go such a thing? What color might they have been? Were they transmitters to god? Thanks to Jerome, a heralded father and translator of scripture into the Latin Vulgate bible which was the template to translate the Bible into dozens of other languages, said Moses had horns. This is good evidence to have someone check your work. But Christian will believe anything if it’s in the Bible. That is obvious. But, while they continued to learn about the horns of Moses, no one seemed to mind they may very well be debating about another fictitious character altogether, which is par for the course. If the Bible commenter said Moses was a charcuterie, instead of character, a simple typo would have Moses working in a meat store, and they would believe it for centuries. It’s inherent.

Unicorns, Noah and the ark, creation story and the 6000 year old earth, all unfortunately didn’t exist , except in a time where few could read, and even fewer had even a slight opportunity to question. “All along the mistranslation of the verb karan by Jerome had tragic consequences. For centuries, millions of people around the world have wrongly believed that Moses – and in some cases, all Jews – have horns on their head”.

Even the great Michelangelo was fooled by this, as well as multiple popes, leaders of countries, and other artists depicting the Moses charcuterie with horns. I can however, imagine how this contributed to his temporal lobes…If any of it were true at all. I wonder what else is in the Bible that is purely false?

I stumbled across a fairly new blog from Neil. He provides some very nice, concise context to the contradiction of Christian faith and I think it’s worth a look. 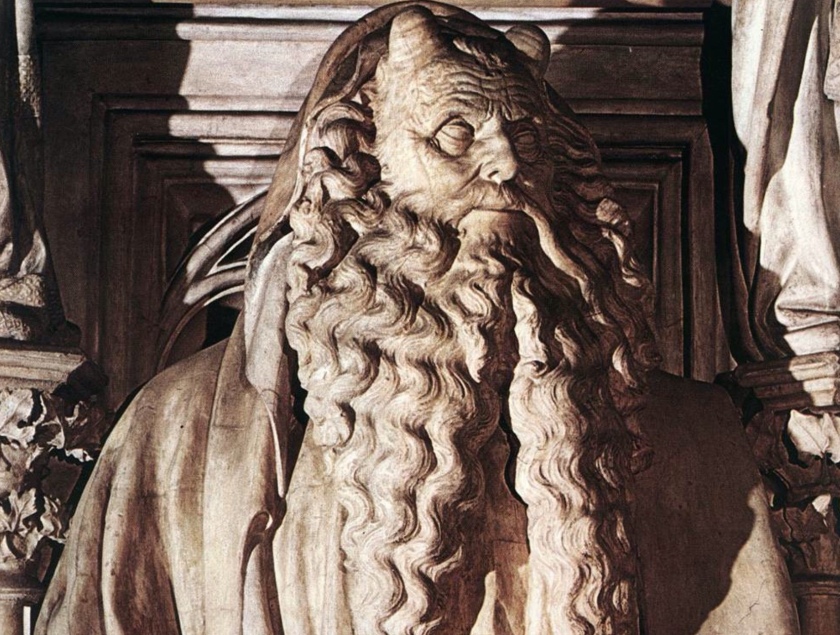 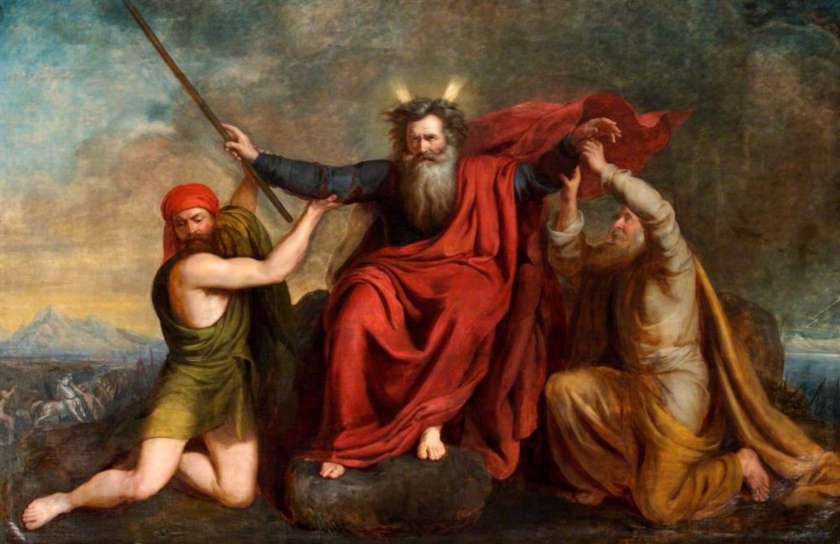 By fine tuning something that never happened, pioneering prophets of religion have dug themselves in deeply.

Muhammad (pbuh) has rehashed the Moses story and added his own elaborate touches as revealed to him in a cave. Noah is praised by God in the Quran, which shows his great status with Muhammad (pbuh).

Others prophets have added to the Moses story as well, quoting and ad-libbing to the prophecies. Joseph Smith wrote an entire new book of Moses which also includes flood lore. The book Abraham also has flood details and well as the doctrine and covenants and Book of Mormon. And while inspired prophets recount the story year after year as though inspired by god, geology, archaeology, and good ol’ common sense is enough to debunk Noah’s Ark.

Fundamental Christians still teach Noah and Moses as though they’ve never seen the evidence against it. Mega church leader Joel Osteen has recent sermons confirming the ark story. Money does not mean intelligent. He also still preaches the Moses story and the exodus. Inspired? Like Ken Hamm? More like caught in the stream of fables and easily debunked bible stories that never happened. But, truth matters not if the outcome is a peaceably blind addiction to someone watching over you. They know it’s not true. They say our truth and morality is relativistic. Well theirs is irrelevant.

Proof their prophetic prowess is a hoax. The Jews have abandoned the Moses story and the exodus, bondage, buildings of brick, not stone (which don’t exist from the time) and the entire sensible world knows the ark story could not even be executed by our largest modern freighters and a thousand deck hands. If they were truly prophets, there’s no way they could have been blindsided by the facts that these events never happened. 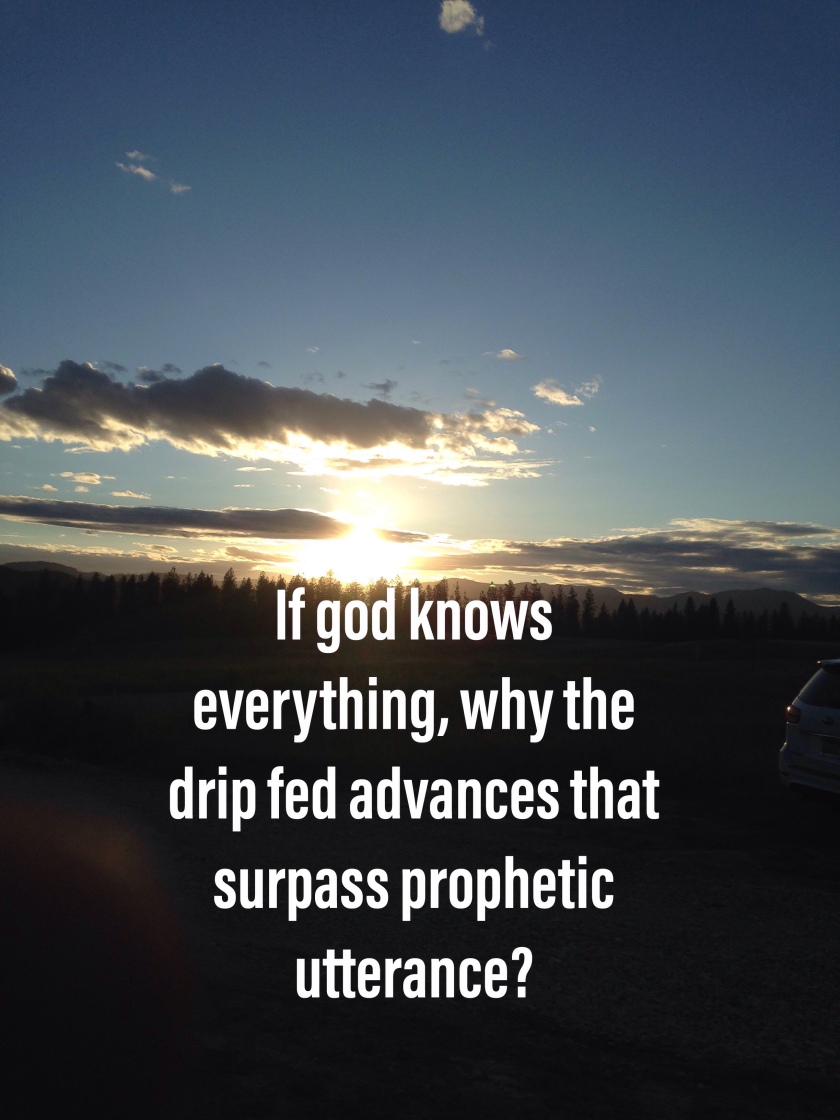 So much of Judaism and Islam hinge on the story of Moses, and in Islam, Moses is mentioned more than any other prophet. Recent run-ins with Muslim proselytizers on WP have forced me to take a little look at the history and the doctrine of the Muslim faith. I have stuck to positive web sites and the Quran. Here’s a small bit of what I know.

Muslims hold Moses in very high regard. They have many stories of Moses’ life outside of the Old Testament and in the Quran he is mentioned a mere 115 times. I realize these stories are translations, but in general they read like Aesop’s Fables. Here is one;

According to Isra’iliyat hadith, during his childhood when Moses was playing on Pharaoh’s lap. He grabbed the Pharaoh’s beard, and also slapped him in his face. This action prompted the Pharaoh, to consider Moses as the Israelite who would overthrow him. In turn the Pharaoh wanted to kill Moses. The Pharaoh’s wife persuaded him not to, because he was an infant. Instead he decided to test Moses. Two plates were set before young Moses, one contained rubies and the other held glowing coals. Moses reached out for the rubies, but the angel Gabriel directed his hand to the coals. Moses grabbed a glowing coal and put it in his mouth, burning his tongue. After the incident Moses suffered from a speech defect, but was spared by the Pharaoh. (1)Go to historical narrative-

With so much riding on the story of Moses, I don’t think they got the memo that there is zero evidence that one word of it is true. They also teach the exodus (which didn’t happen) and the splitting of the sea. But from what they tell me, the Quran is infallible and ahead of its time. Here is a rebuttal persuasion from a Muslim on Mel’s site.

This is proof Muhammad was a prophet; 1- Creation of the universe: “Do the disbelievers not see that the heavens and the earth were joined together, then I split them apart?” (Quran 21:30) (is this allegorical, physical, or humanity?)

2- Mountains: “have we not made the earth an expanse and the mountains stakes” (Quran 78:6-7) (pure ambiguous evidence)

3- Aquatic origin: “And I created every living thing out of water” (Quran 21:30) (we are mostly water. Is this prophetic?)

Evidently number 1 is the Big Bang, 2 is geologic formation presented ahead of scientific knowledge of such things, and 3 is evolution. All based on the vision of a sheepherder according to the caller. But I suspect he was duped into believing the revelation about Moses and revelation didn’t cue him in that the story would be debunked. Also, as a casual observation it appears much of The Ten Commandments movie script is borrowed from the Quran more than the Bible.

One last note; The Quran is supposed to be read with the help of commentary and experts—sound familiar? It requires a lot of explaining.

Archeological studies have shifted from where and if, to when it happened. And the size and scope might just be a tad off. The best and closest event may be that Moses was an Egyptian priest that led a leper colony out of Egypt during the time of Akhenaten.

Why Islam? Is an Islamic site with Moses stories from the Quran if your curious.