It is not about the science. Atheism is the ultimate expression of faith—letting go of the idols of gods with complete confidence in the central mystery—we are the midst of it, swimming in it and completely surrounded. We are It. How else would you know but that it is so central as our being we cannot consciously recognize it.

“Atheism in the informal sense is a profoundly religious attitude. An attitude in life of total trust of letting go. When we form images of god they are all really exhibitions of our lack of faith—something to hold on to, something to grasp.

When we don’t grasp we have the attitude of faith. If you let go of all the idols of faith you will of course discover that what this unknown is precisely, the foundation of the universe, which is precisely you.

And so there is the profound central mystery of the attitude of faith—to stop chasing it, to stop grabbing it. Because if that happens the most amazing things follow. All these ideas of the spiritual, the godly as this attitude of “must“—”And we have laid down the laws which we are all bound to follow“. This is not the only way of being religious and relating to the inefable mystery that underlies ourselves in the world—you.

“If we cling to belief in God, we cannot likewise have faith, since faith is not clinging but letting go“—Alan Watts

Physics and philosophy are converging into what is, while religion, the restrictive band (the choke point) is digging another ancient foothold to maintain control through fear and deprecation— 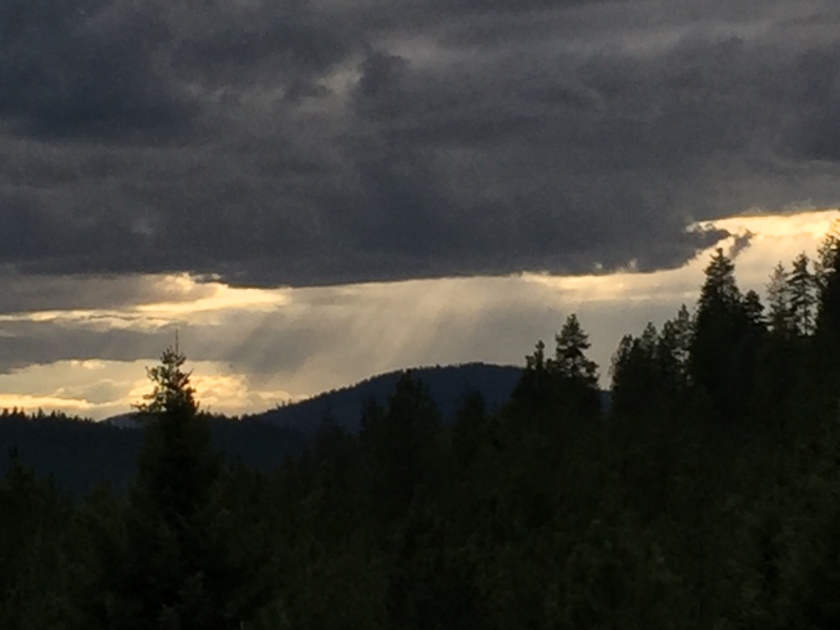 The answer to the mystery is a malfunction in human cognition

It doesn’t take a lifetime to figure this out. I got into this quest about two years ago and part-time have easily disproved any semblance of god, backed by the best reproducible research and study—then easily answered the hardest questions by mere observance. From all the available research and laboratories around the world—and from mere reason, there is no god or gods.

We have a problem with perception—purely bias, easily indoctrinated, deceived from the time we can breath, then required by command by people who lie to us to trust, have faith, just hang in there. For what? What has it produced but deeper conjecture and division? How long does religion deserve to prove its objectives? 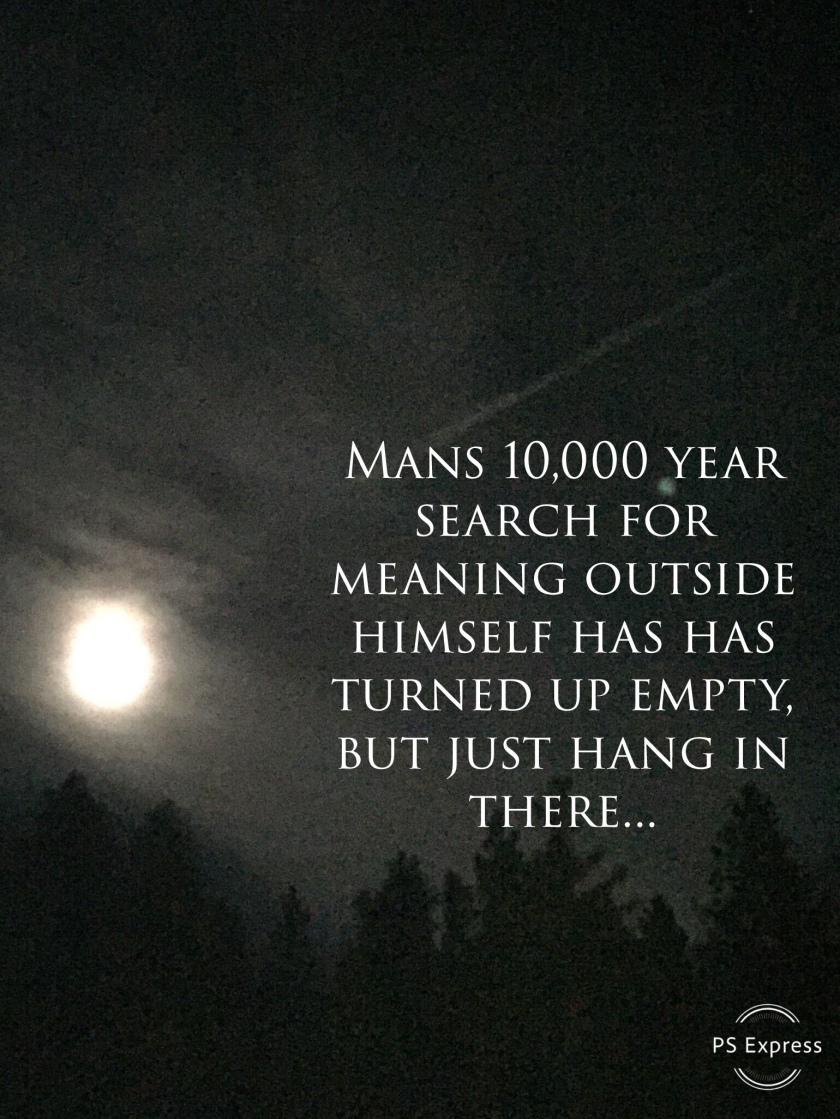 Mans search to solve what are actually the quirks of neurology and perception has spent over 100 generations seeking truth since the Jesus myth, and who-knows how long before that. Impressions, dopaminergic rewards and other hormonal responses have been neatly illusive to comprehend. The fact is we are easily fooled, easily persuaded, easily gathered, and by belief in another plane of omnipotent existence we have divided humanity into groups.

The red writing in the Bible is right about one thing—faith has power. The power to overlook obvious contradiction, lies, truths, and through belief the “men of words” of the world have controlled nations—and we’ve paid them to do it.

The reality is that ever-changing neurologies and circumstance is hard to pin down. Everyone sees something different, even in the physical sense, let alone from the corner of their eye in a darkened environment—or a church hall. Humanity is unstable. Faith is too easily rewarded as shown by mans desires to believe in anything at all. Believing gets you the good-boy award for doing what can’t be helped by our physiology. If there is a god he’s laughing his ass off at his fuck-up. Life is to be lived people. There are no secrets. There are no mysteries of heaven or god. 10,000 years of the best minds have found nothing—not a damn thing! And who thinks that finally now we will find what we’ve been taught to search for, that no one else has ever found?

In the end everyone decides what kind of god they are willing to accept. Fundamentalism is pure whack job—the smug call that orthodoxy while the rest (even the normal believer) see real religion as a cancer. Water it down and at least it’s tolerable—barely.

Nothing unravels the mysteries like unbelief. That is the key. They want us to believe, then have us solving unsolvable puzzles the rest of our lives that are easily thwarted without faith. They say with god all things are possible—the opposite is true as always. 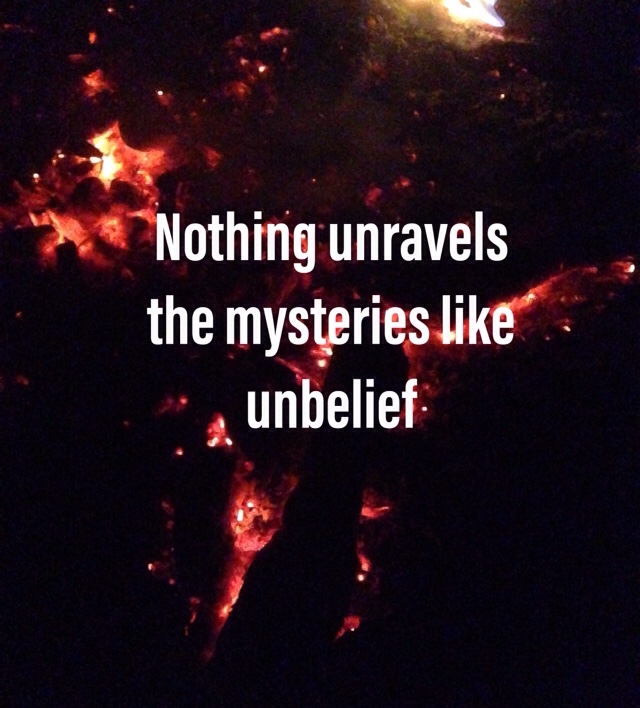 The blinders of belief in god are the ultimate distraction to a fulfilling life. The mysteries of god are but a controlling distraction designed to waste time in conjecture. Religion is the divisive wedge that separates. It’s only complicated with faith in the absurdities of a god.