How Christianity cheats the Weyekin through faith

Hope is the lowest level of the awakening state.

The next step is developing a faith that your hope will produce results.

Finally there is knowing. Knowing comes from applying faith and achieving the desired results.

We are currently screwed. Forever stuck in faith—no evidence—no desired outcomes—merely a false sense of enlightenment while the world still fights—that, is strongly evidenced. Divided we stand at the exit door of beliefs, waiting for the promises to arrive. We did all those things, now we near the end of the ride bewildered.

Is it too late to trade for a different model, or do we cling to time wasted like a cherished life-lesson in mediocrity?

Religion has closed off the rights of passage by turning the middle phase to the pinnacle of religious experience. Faith is merely a waypoint, not a destination, now forever stuck in the initiation phase—and the arrival at nothing. A true religion would prepare its members to be independent, to be real men and women of accomplishment through Weyekin, a vision quest, or a meaningful journey to test their readiness.

Even our children in this western culture have no defining moments of passage. They simply sit and slowly osmose their way to adulthood by navigating hoops in a system of baseless protections in nothing but belief, accepting disappointment as their fathers did, for god is testing their faith by cheating us from the final phase.

Now the test is to believe failure is endemic of gods will for humanity.

How Christianity is now a barrier to human development.

Abrahamic mythology has raised a barrier to western progress and thought the past two thousand years. It’s a truly despicable way to think about things—convincing much of the world that they are unworthy, incapable, and merely orphans created out of nothing with no mother, and no true father either—but by adoption we can be tolerated (for how long nobody knows (insert platitudes* here) but god, who can do nothing wrong in his wrongs.

It is only by grace we are allowed to slog around as incompetent creations of clay, owing our very existence to the father who created us. We deserve to be punished at any and every moment, and the only reason it hasn’t happened yet is the kings guess. He has but one son who is the object of his affection, while the rest of us grovel prostrated in front before him—born guilty and on constant probation with his watchful eye never resting it’s intrusive gaze. 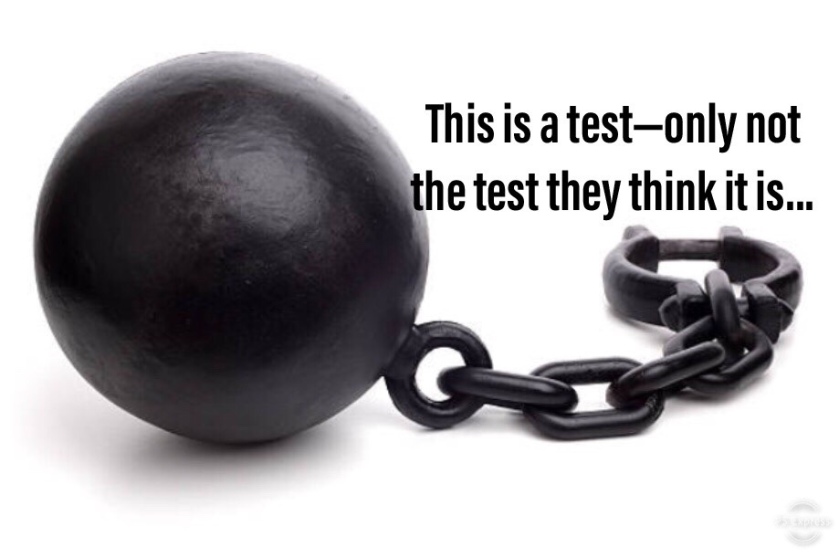 That barrier requires us to crawl to it, to obey ourselves into gods good grace. We owe him everything, primarily because he created us out of nothing, and without him we may not exist at all. You owe him and are forever in debt, and are to thank and praise him no matter how dismal the circumstance.

The test is not to believe and submit as they have us believe, that is done most automatically, deceived from birth to death—we are all under the rule of the collective minds that go nowhere as a people but round—forever postulating and dissipating our spent energies back into the cosmos. The test is to not only not believe it, but also to transcend its limitations—it’s influence, and become a contributor. The first step is unbelief. There is an entirely positive way of seeing the world and humanity, but we have to earn our independence because we deserve it, not because it’s been handed to us.

Paul, if anything, was as a guru placing a test—a barrier in front of the people as a rite of passage. Presenting a circuitous, seemingly unsolvable conundrum before humanity as a means of control until they are ready for the next level.

*platitude/ pladəˌt(y)o͞od/ a remark or statement, especially one with a moral content, that has been used too often to be interesting or thoughtful.—Enter religion…