When I was a kid my neighbor and I got into dirt biking. I started out buying a minibike with money I had saved from a paper route. It was a 1970 honda 50 trail bike that I would like to have back about now. Later I got a TM100, and at 15 I got a CR 125. Screaming machine!

My neighbors dad Mr-T, is an old blues guitarist, friends with the late BB King, and I learned to play on his wine red Gibson ES330, the most beautiful guitar on planet earth. Anyway, when I rode my moto to his house he would call me Bonzippa. “Who’s Bonzippa” I asked. He explained who this character was, and it described something like this photo below. 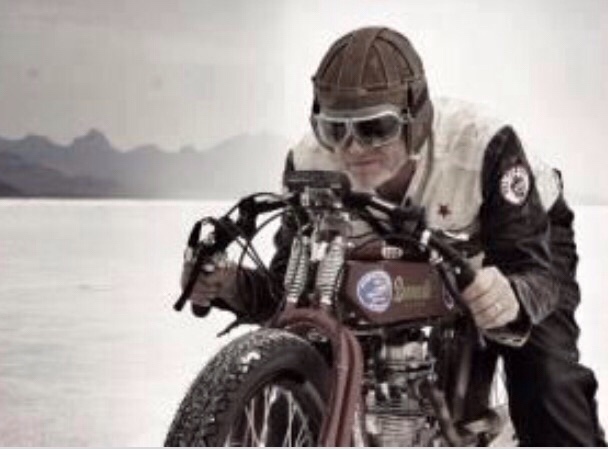 This “Bonzippa” would ride wheelies and speed around the country like a mad man. Mr-T would always tell stories about crazy things this moto nut would do on his bike, and I would try to imitate it the best I could. Later, I told my kids about Bonzippa, and referred to them in the same adoring, storytelling manner until Bonzippa was as real to them as he was to me. -Enter the internet.

Turns out there are no google hits that I can find anywhere for Bonzippa. He didn’t exist. Mr-T made it up, and I passed it on, all the while telling my kids about the heroic riding of the great Bonzippa. It would be a great story, but nothing more. -Enter Religion

How far can story telling can go in my little world? Imagine if Mr-T had a pulpit and ten minutes of fame? Religion is expert and storytelling lies to induce positive feelings with fables. “Go te into the world, and preach my gospel”. Say whatever you want, just link it to Jesus and it will be so.

I was training a newly hired EMT to enter his reports in the computer, and shortly after writing a practice report we got a call to go out for an MVC. We transported a minor injury patient to the hospital and since the new guy tech’d the call, he wrote the notes. Medical people use a ton of acronyms, and as I was reviewing his report I noticed some strange ones I’d never seen before. He stated ” PT found in FPS, A/O X4 PWD, airway intact. Pt with MLLUA and ALSOF. I thought “huh”? I called him back to the office for a minute to explain. “Oh, FPS is front passenger seat”. And MLLUA is mild laceration left upper arm”, and ALSOF is “abrasion left side of face”. I said “Aaron you can’t just make shit up on these reports. No one knows what these mean except you”. There is a long list of accepted acronyms and I gave him a copy to work from. Heres a small sample.

Aaron appears to be mixing religion and work here, since “make it up as you go” is a common tool for building credible rapport in the churches.

I’ve heard some faith promoting whoppers during my time in the church. I felt the spirit (emotion) over outright lies and fabrications. I’ve seen the faithful tie silly things together that show god is with them every step of the way. From found car keys to successful surgeries, god gets the credit. When things don’t go your way he gets a free pass. If uncle Eddy survives the heart attack,”praise god”! If he dies, god took him home to heaven. He knows what’s best for you. Right?

WARNING– What you about to read might cause you to think.

Preachers tell lies and twist stories to convince you that god is real and their religions are right. They desperately want you to believe what they believe. They will tell you things to drive your emotions. That feeling is not the spirit. It is a manipulation tactic to get devotion and keep you in faith to give themselves power and money. Do not believe it. You have been tricked by professionals that prey on people during vulnerable times in their lives. Do not buy it. You already possess everything they have to offer. It’s already in you. You can do this without the bs of a religious dogma. Waiting for god to answer your prayers is a waste of time. Time that could be spent working out your own future, free of charge and free of mental bondage.

I got a flat tire last year on a remote gravel road, and as I was changing my tire an old blue sedan came barreling up the road. I called to my dog but he was so engrossed in a hunt for field mice he wouldn’t hear me. Right as the car approached my dog bolted my way across the road and bam! The car never slowed down or stopped. My dog laid in the ditch. He was dead. I sat there. I think most of you have lost a pet before. No explanation can tell you how devastated I was. I cried. I prayed. God help me. After a little while had passed I collected myself enough to finish my tire, and just as I was about done my dog licked the back of my neck. I was in shock. In complete joy. How? No way! As I held Roger I saw a man hurry across the road and down a steep embankment. I shouted “hey”! I ran to the edge where I last saw him and he was gone. Nothing. I knew what I had seen. I knew my dog was now alive and not a scratch on him. God had sent his holy angel to help me. Thank you Jesus thank you Jesus. God hears our prayers, and in our most desperate times he is here for us. To comfort. To heal. To help.

Should I post this story on Facebook and ask for likes, amens, or shares. I could strengthen testimonies with a story like this. The problem is … it is just a story. Total fabrication. While most church stories contain a wee bit of truth, I’ve seen first hand how they grow bigger and better with time.

The churchers and their preachers embellish nearly everything they say to tug at your emotions then attribute it to god. And I’m not even close to exaggerating here. Just last week god the father and the son and the Holy Spirit visited a friend of mine in the form of three hummingbirds! What the hell do you say to that? If people are looking for miracles, they’ll get them. Or see birds. (Below is the area where none of this occurred)