How atheism is merely a point of awakening, not a final destination.

Is atheism the last station on the track? Of course, upon clearing your head from Abrahamic ownership of the cosmos, it may seem that-day to be a great awakening moment—there is much more to the story than that restricted system allows. 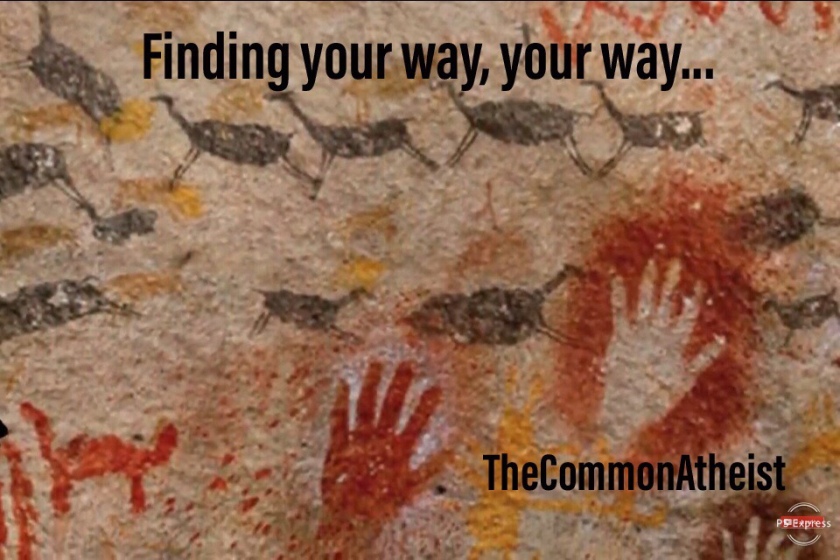 True, there are no gods, but is there nothing else at all? In the tradition of enlightenment we see the value of unbelief, then little by little the source reveals itself from within, that the universe is a complex living way, a happening where we live without belief, but in practice as a singularity.

As anthropology and archaeology sever the 6000 year shoehorning of human history, we find this happening has been going on much longer in a highly developed fashion of ebbs and flows, than the Yahweh story will allow.

Abrahamic religion can no longer hold back the tides of knowledge. Information and collaboration is happening around the world, fostering new discovery of what we can be, who mankind actually is, and ushering in a new, beautiful awakening of the human spirit. Once held divided for centuries by the insistence of one god, that ultimate idol which has distracted us from our true greatness through submission, to the prepackaged, poorly interpreted cultural bias of the awakening experience.

Atheism is simply unbelief in gods, but that may not be the whole story—It is what indigenous and others skilled in the meditative arts have known for a long time, but who in this system has time for that? Carefully guided through life settling for half truth and contradiction, it’s no wonder we’ve gone nowhere.