Can mankind transcend the limitations of religious belief?

Faith is an attachment to formative persuasions—an idea anchored by self doubt initiated by that same persuasion.

Faith is being directed into contemplating an idea, simply from hearing the questions.

Faith is pride in self deprecated belief absent of independent thought.

Faith is a solidified by the hormonal response, comforting human insecurity and the propensity to be easily deceived.

Faith is a comforting hope that elevates esteem without intellect.

With faith we build barriers between exaggerated reaction syndrome and acceptance. It allows us to blend rather than confronted with raised eyebrows—A state of beliefing though verbal and superficial physical obeisance. The idea of obedience supplants behavior.

Faith is merely stubborn pride repackaged as a virtue. Thought convictions played on insecurity without substance. Really nothing to fight over, but since beliefs are now the pinnacle of human intellect, challenging belief has become an affront to character.

Faith is a tightly held imagination your hope is true—then defending that right to hope with an argument.

Faith is what you resort to when you can’t reason your beliefs.

Faith is a state of mind that allows mediocrity to supplant achievement.

Faith is the result of fusing human limitations into cultural mediocrity. Since there is nothing a believer can do to un-fall this fallen world. Acquiescence defaults to hope.

Transcending belief mode and its limitations will be the key saving humanity. Faith allows the world to end on hope where action is needed.

By choosing a prearranged faith, dogma substitutes authenticity with platitudes.

Faith in your belief turns hope into intellectual and spiritual starvation. 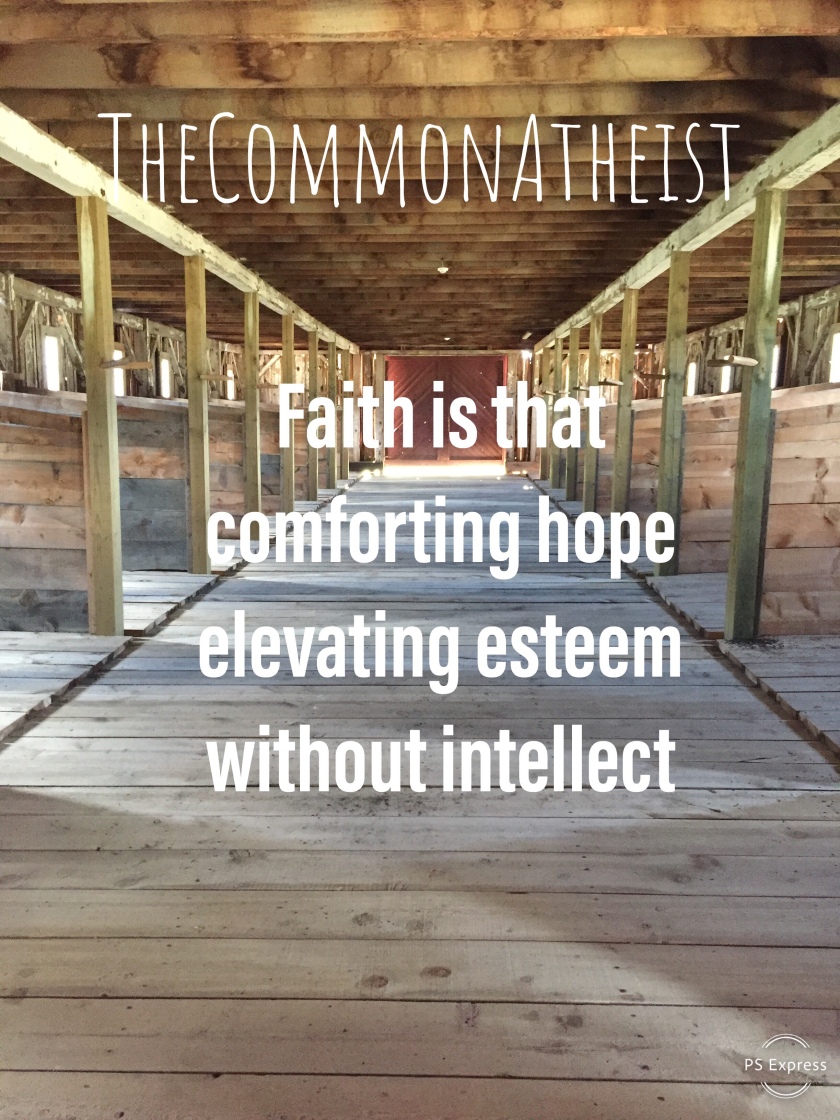 41 thoughts on “Aphorisms on Faith”