Apologetics budding superstar Sheldon Agonson, has taken my statements and converted to mainstream apologetics. I am not angry with his twisting and lying and misplacing my words to analyze them out of context. I am sorry for his soul, as he, like so many before him have proven that lying and twisting is the only convincing argument for Jesus. An update was added to Websterss in line 2. 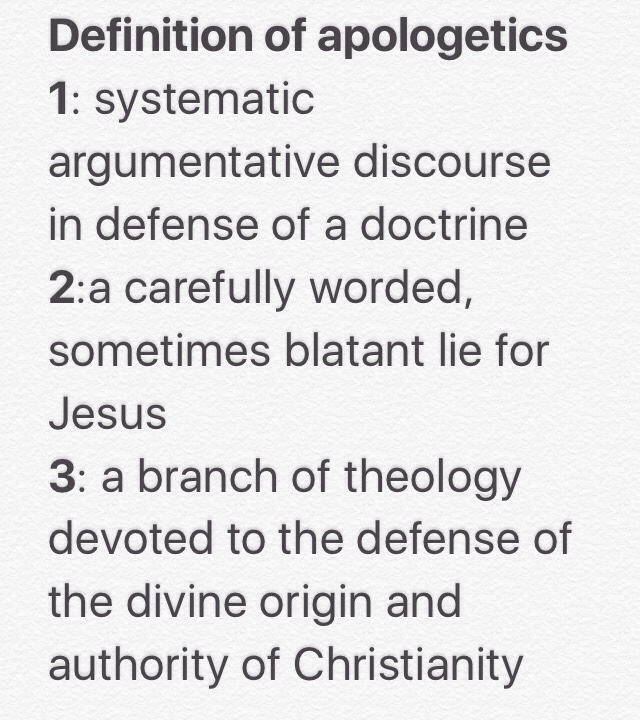 I know, I was warned to stay away, and you were all correct in your advisories. But I’m happy to have another brother in hell to look over to Lazarus and Abraham, across that gulf of misery and lament eternity with me. Hell is for the heathen, but the servants in hell will be the liars. The only reason he would lie the way he has, is he knows there is no hell, and his need for dominating validation has trumped his senses. He continues to play from apologetics 101, and baiting accusations to attract endless replies to pad the stats bar for his two readers. This is either intentional, his reading comprehension is elementary, or English is his second language. I’m willing to give a pass if needed. Sheldon, in one post you have done what most apologist do in three. You have tagged atheism in your post, gleefully stating you were happy to have someone argumentative to call you out on your babbling accusations about atheist laziness to argue with you. Cherry picked points and ignored convincing arguments on morality. Sheldon, you keep saying you want an answer. The answers were given in the first paragraph. You may not like my writing style, but the answer you seek was given plainly. And lastly, you keep directing the comments to your site. Control is key for apologists. Editing and keeping control of the argument on your turf isn’t smart. It’s weak. You know damn well your comments would get eaten alive by our readers, and you hid in the confines of control. Hope you’re better than that with your family, but alas… that is the Christian male working in you. Once again, humanist morality outshines the god of the Bible and his followers. You have repeatedly accused me of attacking the church. Fact checking and quoting scripture is damning to the church on its own merits. I don’t need to attack. A careful reading of scripture shows your roots. And your bias can only be confirmed when you agree with its morality.

This is a text widget. The Text Widget allows you to add text or HTML to your sidebar. You can use a text widget to display text, links, images, HTML, or a combination of these. Edit them in the Widget section of the Customizer.
Join 1,358 other followers
Follow TheCommonAtheist on WordPress.com
Loading Comments...
%d bloggers like this: