We can imagine everything but truth, for the truth is too obvious to be it, and too simple to accept. With the curtain drawn we have now built a story to validate humanity as something less spectacular than the sum of its parts—which is ridiculous considering.

Occasionally one gets a peek behind the curtain. When that takes place a couple of things can happen if you are not prepared—they may walk off the set, self destruct, or go off the chain. This is why no master will ever teach you without a discipline to go along with it.

Another thing that often happens is a rise of self importance; I am god—The Jehovah Effect© I and the father are one—now you must listen to what I say and do what I tell you to do. What I know is the way, the truth, and you have to go through me (to get back to where you have no choice but to be) History is scattered with these types. Jesus at least spoke in parables to not give away the game. It is essential to the longevity of it all, that mankind doesn’t cut the act short by knowing the secret while we’re here—that there is no secret. This is the usefulness of religion—never answering the question, and unable to—constantly searching beyond the simplicity of it all. 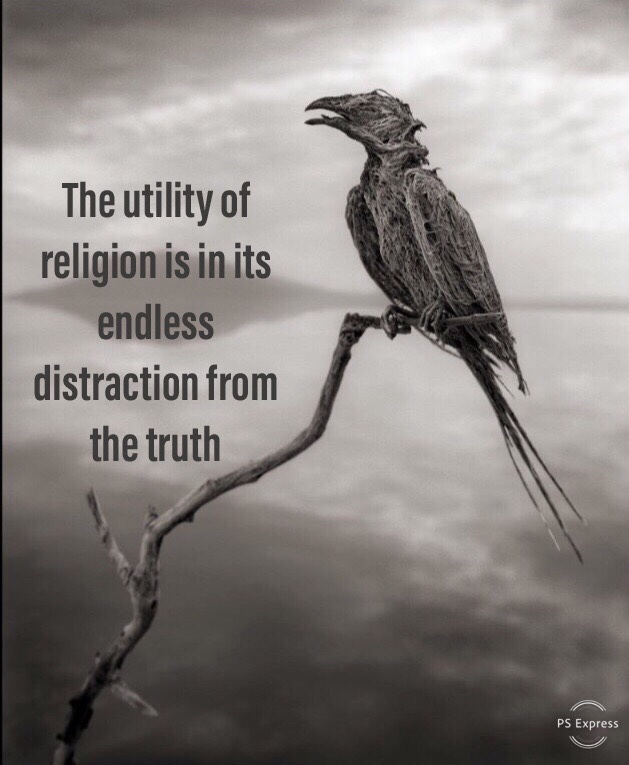 Part of the problem is Christianity’s beginnings, where Christ sought out his disciples. Disciples who were not seeking enlightenment nor prepared for the experience (jesus couldn’t wait to share his newfound knowledge) They never did understand him while he was alive, then took it upon themselves to be zealots when he was dead. If you want to wake up then do so, find it, see it, but be prepared; all there is left to do from then on is watch and smile at the game.

Knowledge is simply the absence of delusion—The you who is not the one you see in the mirror, but the you that defines who you really are beyond that (personality, consciousness) is not the ego you’ve been told. Perceiving the essence of yourself in our natural existence is similar to scale of a fish achieving awareness of itself, that could never comprehend the head of the fish—so it is with the universe. We are merely a function, the eyes and ears and perceptions, a nerve ending on the whole living organism.

Our nature, whether here or there has not changed but the slightest. We seek to be entertained, to be engaged in emotions, to laugh, to cry, to feel fear or to feel exhilarated by the fantasy. To seek out endless ways to relieve the boredom and stay busy even after an idle day or two.

We are merely participants in a play, breaking away from the doldrums of everyday immortality to see the show (or be in the show) while others act out the mystery and sometimes misery for a role in the drama. Either way, life here means nothing but a respite from the mundane existence of infinite living. Simply not knowing the outcome is the most masterful, simple game in the universe. And like a fish jumping out of the water, for a moment, getting a brilliant glimpse backstage that there is no more to life than the existence we are living.

Monotheism is especially proud of its level of tail-chasing distractions—a necessary player to reduce enlightenment and retain players in the game.